Welcome to a world of experiences

Explore personal and positive recommendations from the TWISPER community

< Go back to blog

The Hanky-Panky cocktail is an all-time favorite. A testament to its timelessness, this variation of a sweet martini but with bitter undertones served in an elegant martini glass has remained unchanged across the years since it was first created in 1903.

A spoonful of Fernet Branca

A garnish of orange zest

1. Pour the gin into the mixing glass, followed by the sweet vermouth. 3cl of each.

2. Add the secret ingredient: a spoonful of Fernet Branca.

3. Fill the rest of the mixing glass with ice.

4. Stir this heaven of a mixture.

5. Strain and pour into the cocktail glass.

6. Cut a small piece of the orange zest and squeeze on top of the drink.

7. Drop the zest into the cocktail.

History of the Hanky-Panky cocktail 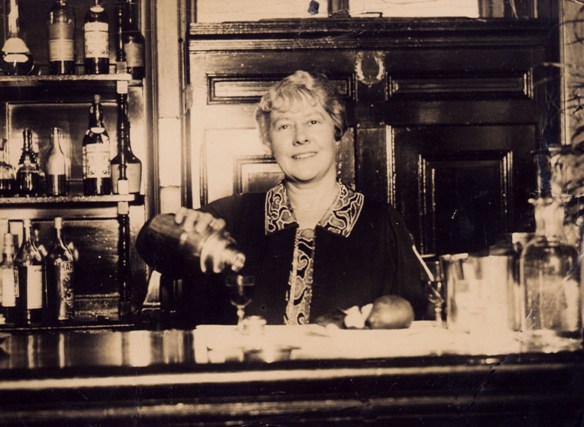 During her time at the hotel, Ada Coleman served many influential people, including Mark Twain, the Prince of Wales, the Prince of Sweden, and Sir Charles Hawtrey.

“The late Charles Hawtrey… was one of the best judges of cocktails that I knew. Some years ago, when he was over working, he used to come into the bar and say, ‘Coley, I am tired. Give me something with a bit of punch in it.’ It was for him that I spent hours experimenting until I had invented a new cocktail. The next time he came in, I told him I had a new drink for him. He sipped it, and, draining the glass, he said, ‘By Jove! That is the real hanky-panky!’ And Hanky-Panky it has been called ever since.”

A taste of old and new

The Hanky-Panky cocktail is a twist on the sweet martini because it relies on gin and sweet vermouth, but with the exquisite addition of the delicious Fernet Branca, an Italian digestivo, which adds a bit of bitterness to this cocktail.

It has long been rumored that Ada Coleman mentored Harry Craddock, who became one of the most famous bartenders in the US throughout the 1920s and 1930s.

This theory becomes much less of a stretch, as Craddock and Coleman worked at the Savoy during the same period, right after he left the US for the UK during the Prohibition Era.

In his widely-read bartending bible, The Savoy Cocktail Book, he also included Coleman’s iconic Hanky-Panky cocktail recipe. So it’s fair to say that both of these bartending legends were at least an inspiration to each other.

Add Bar Am Wasser into your Try Outs!

Thank you to Dirk Hany and the staff of Bar Am Wasser for creating a wonderful series on creating cocktails.

Enjoyed this delicious Hanky-Panky cocktail? Then make sure to follow Dirk Hany on the app and add the amazing Bar Am Wasser bar to your Try Outs.

They’re making these delicious cocktail videos for you to watch, but imagine tasting the real thing at an amazing bar.

TWISPER is your social app to share and discover personal and positive-only recommendations for restaurants, hotels and bars from friends and partners you trust.

Cocktail bars in London to shake up your night out

Cities in Switzerland that you must visit

Download TWISPER to find and save all of our blog recommendations and more!

TWISPER is your social app to share and discover personal and positive-only recommendations for restaurants, hotels and bars from friends and partners you trust.

Cocktail bars in London to shake up your night out

Cities in Switzerland that you must visit